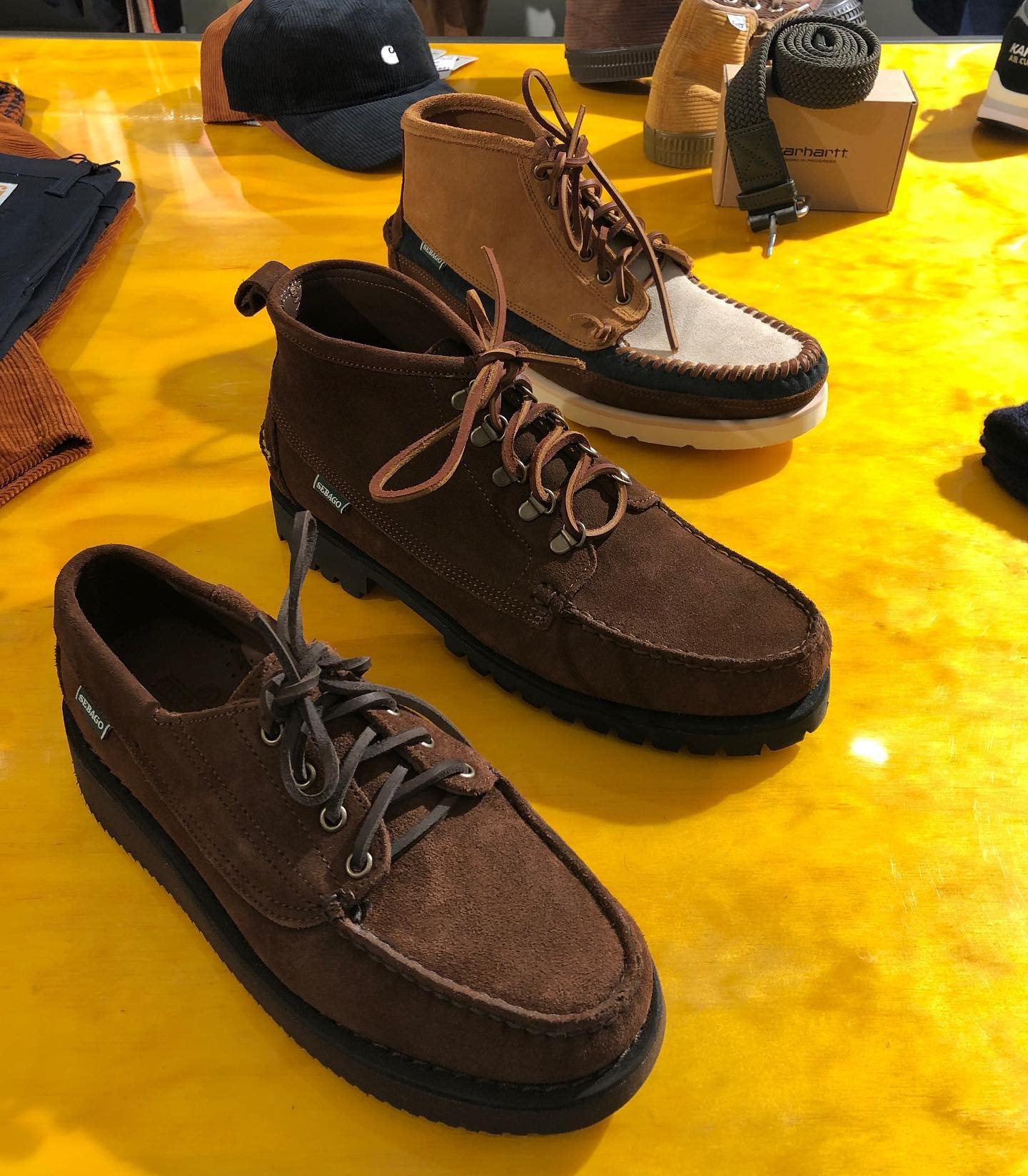 We are proud with our newest addition to the shop, Sebago. Check them out in our Eindhoven based Store & soon they will be on-line also!

And, for all the enthusiasts, below a piece of history of Sebago!

The History of Sebago
Sebago's enduring boat shoe is a central part of New England preppy style. This is footwear that's earned its place as a wardrobe essential precisely because what's now a classic style wasn't designed with looks in mind at all.

Sebago founders Daniel J. Wellehan, William Beaudoin and Joseph Cordeau set out to make shoes that would work when its wearer was out on deck, and so the first Sebago footwear was made, nearly 70 years ago.

Originally called the Sebago-Moc, the shoe was an instant hit, becoming popular well beyond the yachting and fishing communities it was originally aimed at.

The company came up with the name "Docksides" in 1970, and in so doing defined an entire class of footwear. Sebago Docksides promptly became the footwear of choice on US campuses, and still Sebago remained determined to point out that these were shoes constructed with one function in mind.

The result was that sponsorships of ocean-going racing yachts and of the US Sailing Team followed. This tradition has continued in associations with America's Cup teams and, further to underline functionality, the waterproof "Dryside" shoes which made their debut in 1994.

Sebago's footwear remains true to its roots, while embracing its place in the fashion world, with limited edition collaborations and seasonal ranges in on-trend colours.

Our view? Here's American East Coast history in a pair of shoes, however and whenever you wear them.